I don’t care how hard up (huh huh pun intended) you are for female attention, it’s way, way, way, way, WAAAAY desperate to text a girl you went out with two years ago asking for phone sex.

…oh, wait, and a you and this girl never actually had sex.

That is the true definition of “thirsty.”

This sounds made up but it’s not. My friend Julia told me the hilarious story about this guy Phil she went on three dates with—in 2015—who texted her out of the blue this week.

“Hey Julia, I just saw your number. How are you doing these days?” he wrote.

Julia, who had gotten a new phone and didn’t transfer his number, asked whose number this was. Hahaha

You’d think that would end Phil’s quest for phone sex, you know, considering she didn’t even have his number and forgot he existed.

But NOT PHIL. He pestered on:

“This is Phil. We met at the baseball game. Remember we went and saw a movie at that theater” Then he added “Totally random”

They exchanged a few niceties and then Phil asked her if she was seeing someone. When she said she was, Phil revealed that him reaching out wasn’t *totally* random: 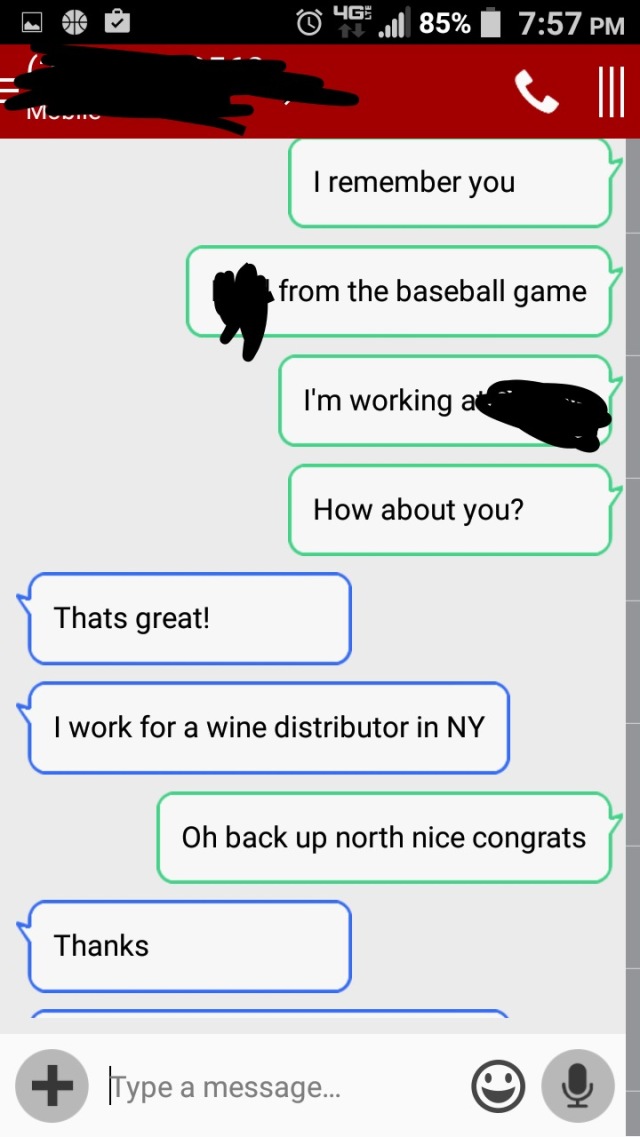 “Thank you for thinking of me.”

With someone he’s never had sex with!!!

Apparently this needs to be stated aloud.

No girl, EVER, wants to have phone sex with a random guy she made out with two years ago.

One thought on “TOOLBAG TUESDAY: lose my number”